Putting industry on video - an archive for the future 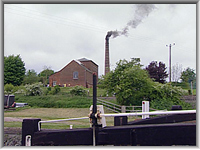 Crofton Pumping Station near the village of Great Bedwyn on the Kennet and Avon Canal in Wiltshire was built in 1809 and has two working steam beam engines still pumping water to the summit pound at the top of the Crofton locks.

The No.1 engine at this Grade I listed site is a Boulton & Watt engine dating from 1812 and is the oldest in the world still doing its original work on its original site! 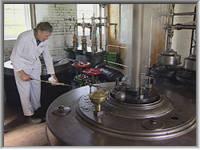 The 1846 No.2 engine, made by Harvey of Hayle, once a double-acting Sims compound has been converted to operate on the Cornish cycle amd was restored to working order in 1971.

You can find more details about the engines and the site on the Crofton Pumping Station feature page.

The pumping station is well worth a visit, particularly when the engines are in steam.

A Day at Crofton (C.55) In 2001, we spent the day at Crofton pumping station watching the volunteers raising steam and then operating both engines. Each engine pumping a tonne of water per stroke into the canal feeder.

This compliation is a record of that visit.